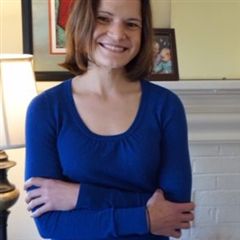 The first nine years of Maura Woznica’s ‘01 life were spent in Bolivia, Nicaragua and Mexico where her parents were volunteers in the poverty stricken countries. Maura exclaims “that is what I grew up with, this is what I know, and this is what I love to do”. Maura graduated from Ascension, Trinity and The University of Notre Dame with a degree in psychology and pre-medical studies. Prior to pursuing graduate studies, she took a year off to travel the world and explore public health practices in Kenya and the impact of HIV/AIDS in Bolivia where she learned firsthand that the world truly is the greatest classroom. Upon returning she enrolled and graduated from Loyola Stritch School of Medicine with a MD/PhD in 2010. After completing a Family Practice Residency in Ventura, California she served at a county hospital treating an immigrant and underserved population.

In 2015, she joined Doctors Without Borders, an organization she has always highly respected, fulfilling a lifelong dream of working in an underserved region in South Sudan. She worked for a refugee camp in a country whose people are continually suffering from political and environmental instability. This taught Maura the strength of community, faith, and hope in this world, the resilience of the human spirit, and the importance of providing a voice for those who too often go unheard. The experience was amazing and is beautifully accounted for in Maura’s blog (www.maurasouthsudan.blogspot.com). She continues to stay actively involved with Doctors Without Borders and for the many policies they advocate, including vaccine for all children, affordable prices for much-needed drugs around the world, and the end to political oppression in many countries.

Since returning to the United States, and her beloved Chicago, Maura has become very involved in prison reform and anti-violence organizations, hoping to understand the structural violence contributing to the inequalities in our community and how they can directly impact individual and public health. She recently joined the family medicine community at UIC, working in a clinic aimed at providing care for the underserved in the community. In her free time, she also enjoys reconnecting with old friends, including wonderful friends at Trinity, running along the lakefront, and discovering the improv comedy scene in the city.
Back