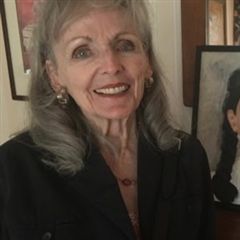 Agnes Tierney Prindiville ‘46 was born in 1928 in Glen Ellyn, Illinois. She graduated from St. Petronille Grade School, Trinity High School and Rosary College with a bachelor’s degree in mathematics with teaching minors in Physics and French. Agnes came back to her alma mater and taught mathematics to Trinity students for a year until she married Jim Prindiville. The Prindiville’s had seven children and while Agnes stayed home with them, she was always anxious to take classes. She studied Russian and courses offered by the University of Illinois Extension program. When the University of Illinois opened its Chicago Circle campus, she was delighted to think that she could do graduate work on her masters in mathematics with her oldest and youngest children: Mary, the oldest, studying for her BA and Elizabeth, her youngest was enrolled in the beginnings of a very rudimentary day-care facility on the campus. Agnes received an MS in mathematics in 1973 and taught college Mathematics at Roosevelt University. While at Roosevelt, she was given a grant to study for an MS in Computing and Information Sciences, which she earned in 1987 and concurrently she studied and finished the four-year Great Books Program at the University of Chicago in 1993.

When she retired from teaching mathematics, Agnes fulfilled a dormant wish she had to study law. She pursued and graduated from DePaul University College of Law and was sworn in as a lawyer one month before her 82nd birthday in 2010! She volunteered in the Death Penalty Clinic and interned at the Public Defender’s Office while at DePaul. She also was an Ombudsman for the State of Illinois Department of Health. Currently, she does pro-bono law for the Lake County Bar Association’s Guardianship Help Desk. Agnes is extremely active in the Kenilworth Historical Society where she is a member and serves on two committees. Faith, Hope and Charity Church is also a recipient of Agnes’ talents as she lectors, sings in the choir and serves on the Bereavement and the Wit and Wisdom Committees. When she has a spare moment she works on her most recent hobby, oil painting.
Back